Everyone role plays differently, everyone GMs things differently. Fantasy Grounds has the flexibility to support your gaming style. The following screenshots were taken from sessions in previous FG Con’s and show different rulesets, diferent levels of use of automation, of chat, of images and other resources.

A fight rages between the supervillains and a Guardian Robot ! Lots of wounds and lots of action during another Fast, Fun and Furious game of Savage Worlds on Fantasy Grounds II 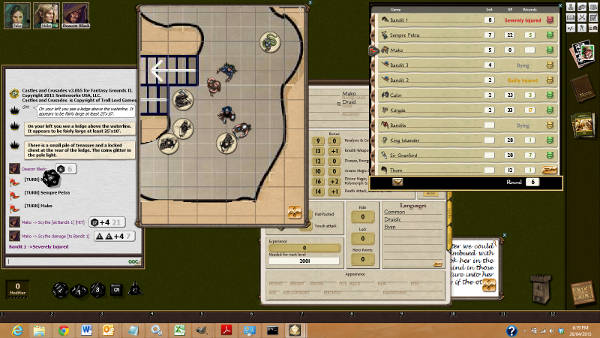 Fate: The One Ring scree shot. 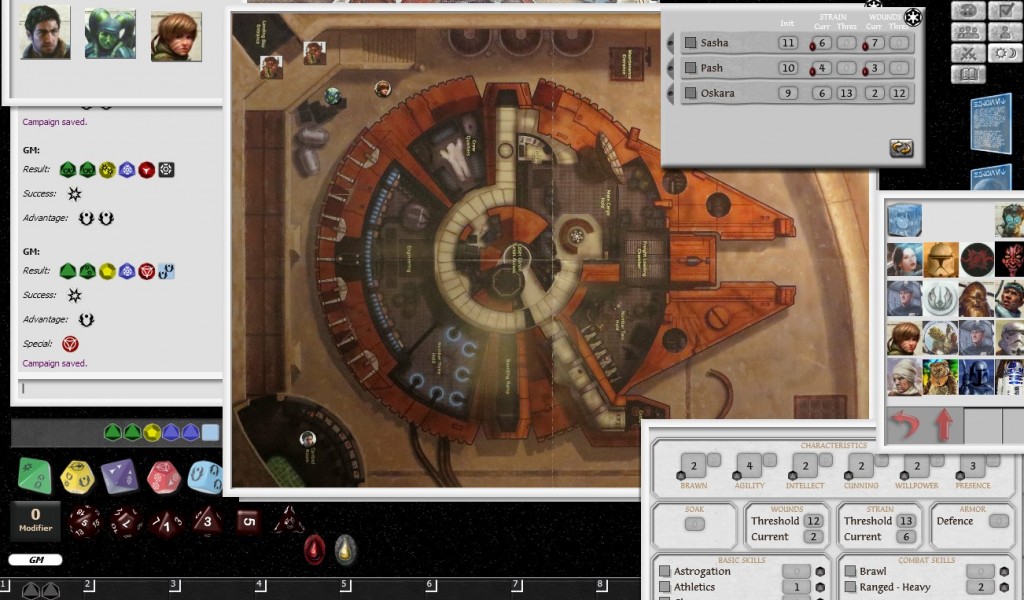