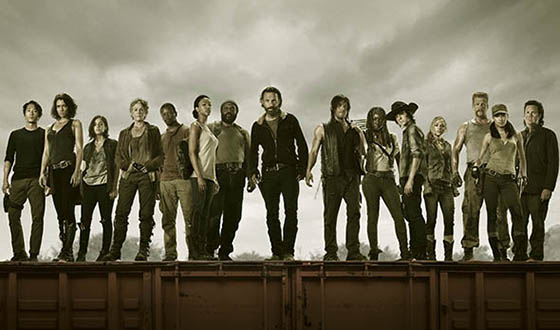 Once again another Extinction Event Game, around The Walking Dead. You can play an iconic character out of the Walking Dead or make your own, will you survive 5 hours  of  game play in this world.

I choose The Walking Dead world again as I had such fun GMing the last time, so it definitely time explore it again.

Timeframe: You play your character within the first few weeks of the outbreak, the world is already upside down. Government forces, either army or police have now disappeared and we are seeing banditry in it beginning stages, however there is still a lot of people helping out.

Scenario: Your group has been hiking in the wilderness and just emerged into a new world, how will they cope. What path will they follow, are they the good Samaritan or have they already devolved into group first, everyone else must die.

If you not played Extinction Event and want to experience a fast paced, easy to learn system, that really put some grit into roleplaying then this is the perfect opportunity to test it out. Also if your a GM and looking for a new ruleset to get your teeth into and try something other then the typical sword and spells feel free to have some fun. Good news it is a free system as well

Except from last game:

A crazy woman runs toward the front of the pickup, Carl is bug eyed sitting on the front bench seat, as the woman raises her shotgun. This was supposed to be an easy rescue mission, roll up in the pick-up as the fire out the back of the property drew the ranchers away from the compound of prisoners. Abraham had been wounded and was out of the fight, Michonne was heading towards the gate supported by Daryl who was providing covering fire. Carl was left to mind the pickup. The trigger was squeezed in slow motion, the sparks of the shotgun ignite against the windshield, and Carl waited  for the hit. The wait turned into an eternity, she missed. How The Hell Did She Miss! Carl raised his revolver and fired one round into the woman head, she dropped dead.

25 comments for “The Walking Dead”