For the past several weeks, your elite team of agents has been preparing for a clandestine raid upon an enemy villa in the Spanish highlands outside Barcelona. The initial approach would be made via paraglider just before dawn. Shortly after takeoff, however. radio silence is broken by an urgent and unexpected communication from agency headquarters.

At 0310 this morning, a group of unknown terrorists seized the cruise ship m/s corona en route from Barcelona to Dubrovnik. Passengers and crew members were set adrift in a lifeboat and discovered shortly thereafter by other craft. One passenger known to this agency as Marcelina Lomas has provided crucial information on her employer, Sr. Miguel Salcedo. Dr. Salcedo is known to us for his experiments in genetic engineering and microbiology. He had boarded the ship and left Spain following several incidents with Spanish authorities over his refusal to abandon experiments with new strains of microorganisms harmful to mankind. Ms. Lomas has confirmed that these substances are on board the M/S corona in the doctor’s possession. We believe that these are the object of the terrorist attack.

The most dangerous product of Dr. Salcedo’s experiments is the microbe known as aqua staphylococcus. The new organism thrives in warm saltwater and is believed to be extremely toxic to humans. According to Ms. Lomas, the microorganism is absorbed through the skin. Causing high fever. Convulsions, and an agonizing death within four days. Once infected, a human victim will spread the illness through perspiration. Making it extremely contagious. Ms. Lomas indicates that the only way to safely store and transport the substance is under refrigeration at less than 50 degrees Fahrenheit 10 degrees Celsius. The substance aboard the m/s corona is believed to be contained within four one-liter glass bottles, location unknown. It is imperative that these containers be recovered intact so as not to endanger human or marine life.

Target vessel has changed course, believed proceeding toward the port of Monte Carlo. Projections indicate probable E.T.A. in three hours and fifteen minutes, making immediate action imperative. Terrorist strength according to information gathered is estimated at eight to twelve individuals, armed with automatic weapons and sidearms. No communication has been received from the terrorists, though the agency believes that the population of Monte Carlo is now in grave danger.

Mission objectives:
1. Retake M/S Corona
2. Secure all quantities of microorganism aqua staphylococcus without contamination.
3. Rescue Dr. Salcedo and any other passengers and crew left on board. 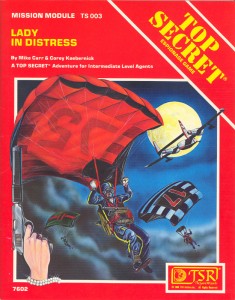 We will be playing using the Savage Worlds rule set with material from the classic Top Secret RPG. Knowledge of either rule set is not required.

I have an Ultimate license