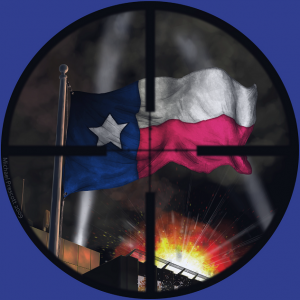 You are a member of an elite team of agents working for the International Covert Operations Network (ICON).

A month ago an Israeli anti-terrorism organization raided a terrorist cell in Jerusalem. On one of the laptops found in the raid were several encrypted messages and audio files. Cryptographers were able to decipher the messages that contained information of an upcoming terrorist attack in the U.S. However, the audio files were damaged and beyond the agency’s ability to understand. So, the messages and the damaged audio files were sent to the FBI for investigation.

An FBI forensics team was able to repair the audio files enough to understand them. They contained orders to kidnap a software engineer. However the message didn’t say why, who it was to, or have any other pertinent information.

The FBI knows that the software engineer works for the Dallas Federal Reserve Bank, but other than that they really don’t have anything to go on.

The software engineer was notified of the danger and was placed under the protection of the U.S. government. The FBI field office in Dallas was assigned to investigate this matter and see if there was any evidence of a terrorist cell in the area.

Your team has been called upon for assistance.

Short Description: This mission will be a running investigation. You will rely on skill, intellect, and luck to achieve your goals, but a gun fight or two is likely to pop up as well.

We will be playing using the Savage Worlds rule set with material from the classic Top Secret RPG (and other sources as well). Knowledge of either rule set is not required.

Pre-requisites: Headset/Microphone/FantasyGrounds/Teamspeak
I have an Ultimate license