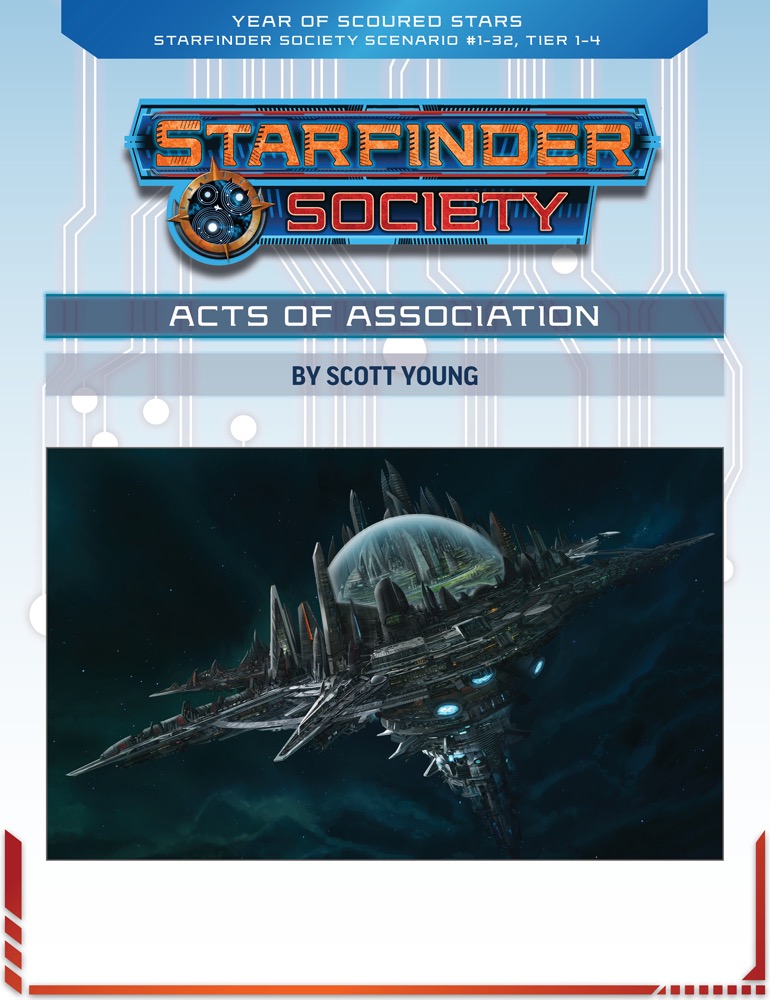 One of the Society’s foremost diplomats is just about to sign a major deal with a visiting alien species. Before the documents can be finalized, the visiting dignitary requests a tour of the station. In order to preserve the Society’s negotiations and good standing with this species, the PCs must escort this dignitary across the station and avoid any diplomatic incidents.

If you want to construct your own level 1 character (or higher if you already participated in Starfinder Society), you might want to take a look at the Starfinder Society Roleplaying Guild Guide (free), which contains some restrictions on what options you can use. Generally, options from the Core Rulebook are allowed, options from other official sources might be allowed. I can usually have the server up for you to construct your character on GMT evenings. Be aware that building the character on Fantasy Grounds just before the game (or during the game) is not recommended.

Alternatively, you can choose one of the pregens (already built on Fantasy Grounds).