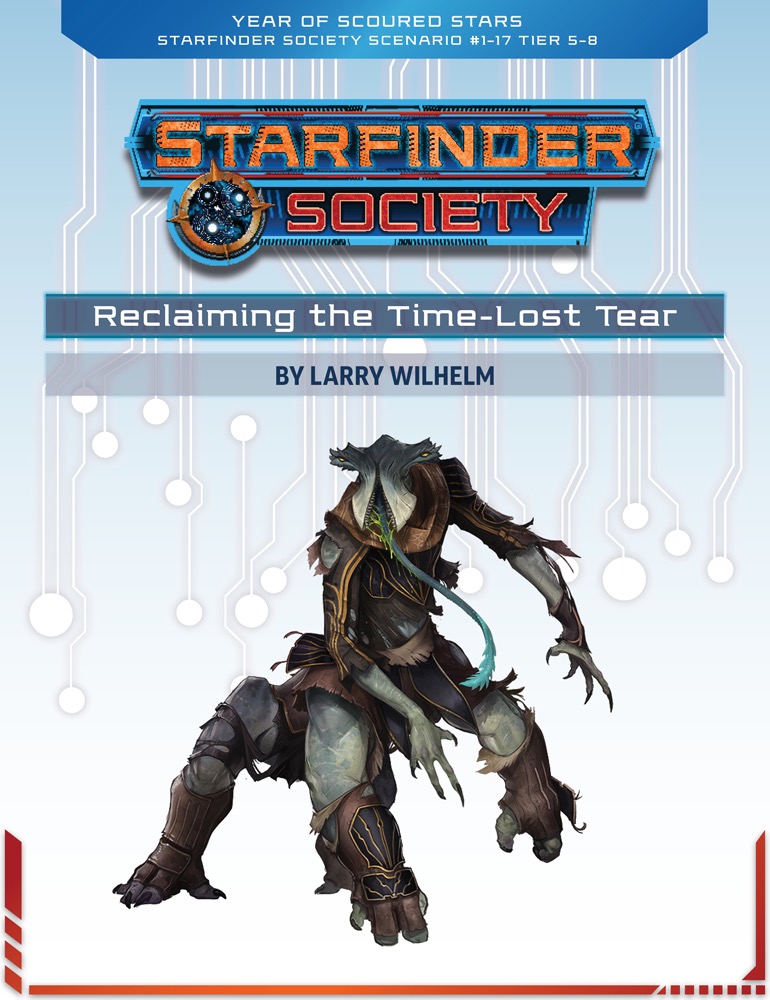 One final task remains before the First Seeker can realize her ongoing mission of returning to the Scoured Stars: recovering the key that can lower its shields. She has identified the key’s location and assembled a team, yet the key rests on a barren moon in a dangerous complex filled with ancient traps from a technologically advanced alien species intent of keeping their relics protected against invaders. The PCs must brave the depths of this perilous repository and retrieve the key and unlock the Society’s means of returning to the Scoured Stars.

If you want to construct your own character (assuming you already participated in Starfinder Society), I can usually have the server up on GMT evenings. Be aware that building the character on Fantasy Grounds just before the game (or during the game) is not recommended.

Alternatively, you can choose one of the pregens (not yet built on Fantasy Grounds, so be sure to state which one you’d like to play!).