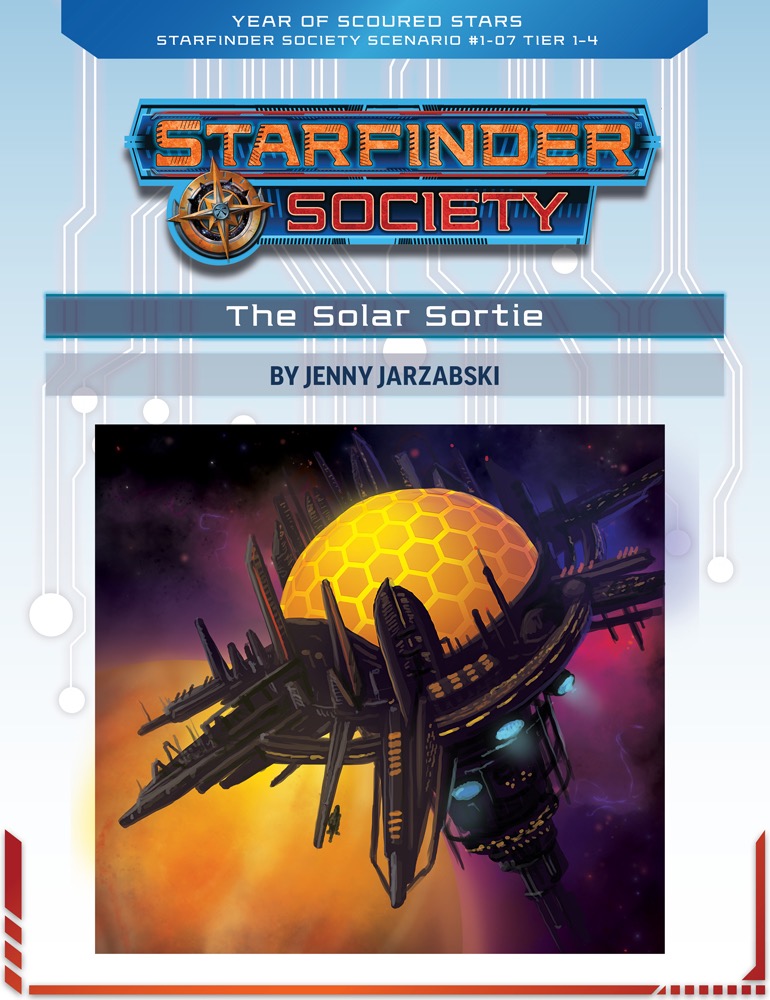 When Historia-7, the leader of the Dataphiles faction, uncovers the first hints of a conspiracy operating against the Starfinder Society, the PCs must assist her in uncovering the truth. Sent to a corporate space station orbiting the Pact Worlds’ sun, the PCs must earn favor with the hedonist son of a corporate CEO to gain access to the confidential files Historia-7 needs. However, the PCs are stuck in the middle when this corrupt dilettante’s proclivities and shady associations emerge to thwart the Starfinders’ covert infiltration.

Content in The Solar Sortie also contributes to the ongoing goals of the Dataphiles faction.

Be aware that it is highly recommended that you are familiar with starship combat for this particular scenario.

If you want to construct your own level 1 character (or higher if you already participated in Starfinder Society), you might want to take a look at the Starfinder Society Roleplaying Guild Guide (free), which contains some restrictions on what options you can use. Generally, options from the Core Rulebook are allowed, options from other official sources might be allowed. I can usually have the server up for you to construct your character on GMT evenings. Be aware that building the character on Fantasy Grounds just before the game (or during the game) is not recommended.

Alternatively, you can choose one of the pregens (already built on Fantasy Grounds).

7 comments for “Starfinder Society #1-07: The Solar Sortie (Level 1-4, for new and experienced players)”