Your character is a demigod, chosen by Mighty Ra, Father of the Egyptian gods, to undertake a dangerous quest – to save reality from the ambition of Set, one of the former gods in his Egyptian pantheon. Ra has taken the Outer Kingdom in the direction of super high tech wizardry and is reinventing his loyal deities as a Techno-Egyptian Pantheon.

Meanwhile, Set recoils from this new vision and has chosen his own, dangerous path. Forsaking the techno-pyramids and science of the others, Set has founded a new realm built of ancient magic and blood. He’ll risk destroying everything in the Egyptian realms to remake reality to his design. It’s up to your character as a demigod to stop him.

In Crossfire, the demigods are called to test a new vehicle for the R&D department overseen by Anubis, it should be a routine run, a milk-run as they say. Weapons check, motor check, armour check!

What could possibly go wrong?

This session will be run on the Fantasy Grounds Discord server: https://discord.gg/VKbhkSt

New players welcome. This game is sponsored by Savage Mojo. 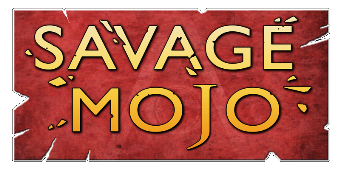