As winter seeps into spring in 1943, the balance of the war between the Allied and Axis powers hangs on a knife edge.
German forces have just suffered their first serious reverse at Stalingrad, US troops have driven the Japanese off Guadacanal, and the long beleaguered British hope to entice the Americans to enter the war in Europe and ultimately liberate the Nazi-occupied mainland. In Norway, a growing resistance movement becomes ever bolder and, working hand-in-hand with British intelligence, continues to cause the occupying Germans major headaches.

You are pulled at very short notice from your current theatre of operations and sped to a top secret Special Boat Section base in Scotland. There you are briefed that you will shortly be taking part in a top secret mission of vital importance in Norway and that you had been selected for this team because of your specialist skills and expertise.

Dropped off by submarine into the inhospitable waters of the North Sea, your team must infiltrate deep into the Norwegian fjords by canoe, before rendezvousing with the local resistance and continuing overland by ski to the village of Trellborg to investigate the strange happenings there.

This is a one shot adventure with a healthy mix of covert operations, action and investigation.

Pregenerated characters will be provided and no previous experience of savage worlds, Achtung! Cthulhu or Fantasy Grounds is needed. 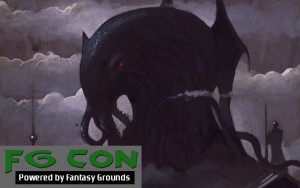 ← We Be Goblins!
Adventurers League: DDEX3-2 – Shackles of Blood →