Rite of Spring- Gods of the Fall

Gods once watched over the world. Deities of Rain, of Fortune, of War, of Travel, of Tricks, and of Death all resided in their celestial realm called Elanehtar. Humans, as well as other creatures like tarans and sleen, revered (or feared) the gods according to their needs and circumstances. A select few could even channel divine power to work miracles.

Then Elanehtar foundered. Burning and crumbling, it dropped out of the sky and smashed into the world like a vengeful falling star. Elanehtar shattered into hundreds of millions of shards known today as cyphers. The mortal kingdom of Cavazel was utterly annihilated in the catastrophe. Other nations and regions survived, but all trembled and shook. Nothing was ever the same again. The gods were dead. And so the world gained a new appellation: the Afterworld.

The gods, everyone knows, are gone for good. All the pantheons of Elanehtar perished. Zenia, Balakar, Thordin, Aren, Verecocho, Mudarak, Avi, even malefic Samiel, and all the other greater gods, lesser gods, and their many avatars died when Elanehtar disintegrated.

So who are these new pretenders claiming to be divine heirs of fallen Elanehtar?

Grim times descended in the Afterworld. Forty-two years have elapsed since prayers failed and the heavens fell. If any gods remain, why didn’t they announce themselves before now? Doing so might have saved many lives in the purges brought on by recrimination and sorrow, war mongering, revenge, and the outright madness that swept the Afterworld for decades. Two generations grew up in the Afterworld never knowing the divine. They scarcely believe it when their elders describe the existence of gods, and many who were alive before the Fall have purposefully forgotten.

Which is why few give credence to those who have lately announced themselves as rising gods. Called charlatans, purveyors of lies, and petty criminals, these pretenders face a doubtful world. But those with unexplained abilities that hearken back to the gods grow in number and in power. It’s clear that something is happening. Whether it’s truly a return of the gods, mass hysteria, or a particularly insidious sorcerer’s plot is anyone’s guess. Those who yet recall the old ways say the time of the Seven Prophecies is finally at hand. But not too loudly, lest they be tracked down and slain by Reconciliators; agents charged with eliminating divine influences in the Afterworld.

You will be playing in the Rite of Spring adventure from the back of the Gods of the Fall setting. You will be a tier 1 god in the city of Corso, just starting to come into your divinity. Be careful, though. Godlings don’t live long under Nulumriel’s shadow… 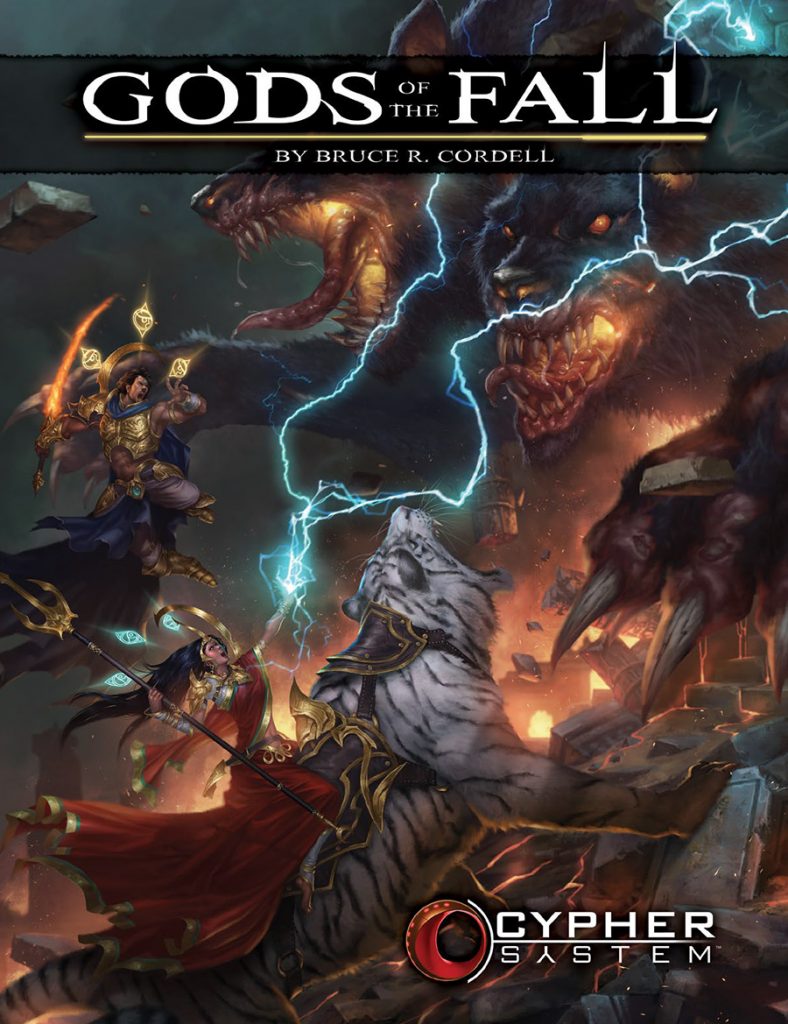